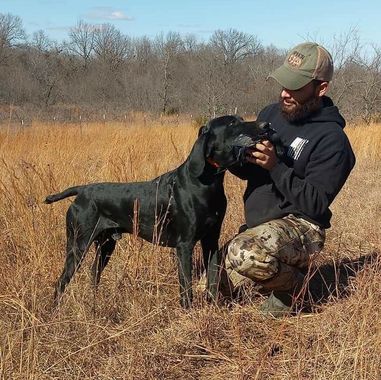 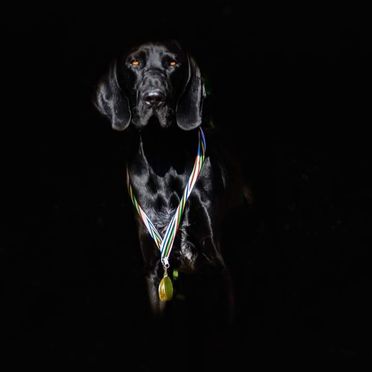 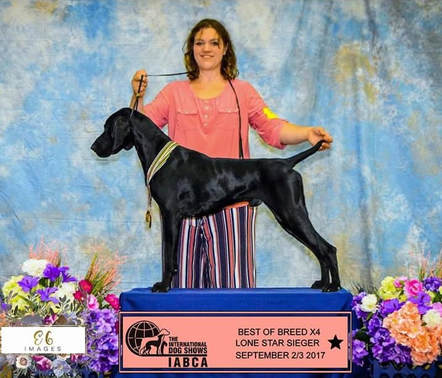 ​Albus is our direct import from Europe and is our premier stud dog in training.   He is a Deutsch Kurzhaar  and is  a registered DK  from Europe and also registered with the AKC.  Albus comes from the two most famous German bloodlines,  Hege-Haus and Pottmes.  Worldwide Hege-Haus and Pottmes  are known for their world class German Shorthaired Pointers.  These powerful bloodlines have created the most versatile hunting dogs on the planet.  Albus was physically imported from Romania however his prestigious breeding is considered to be all German decent.   Albus  will carry on our "Sirius Black" lineage for Power Pointers.  He will be competing in multiple shows this year with the IABCA, AKC and NSTRA.  We are excited to see the accomplishments he will gain in the upcoming years.

Albus is currently competing in the IABCA for conformation and has completed his  INT-CH title with the IABCA.  Albus will continue to compete in the show ring and move up into the more challenging classes as he continues.  We will spend the next year competing in the Champion and Honor classes.

In addition to the show ring Albus is working on his JH, MH with the AKC and will be competing in competition trials beginning in 2018 with NSTRA.   We hope to have his JH, MH completed by spring and working in NSTRA the remainder of 2018

Albus is a magnificent DK-German Shorthaired Pointer who is a great competitor in the show ring and out in the field working as a dedicated hunting companion.

Albus’ Multi-Champion Sire is a German dog, Emil vom Hege-Hof, son of the famous Dagobert vom Hege-Haus. This was probably one of the very last breedings of Dagobert vom Hege-Haus.  Emil is known for his striking conformation and his outstanding work in the field.  He has competed internationally in Germany as well as many other European events.  He is posted towards the bottom of this page

Albus’ Multi-Champion Mother is Katja von den Donau-Wirbeln and she is a direct descendant of Hege-Haus and Pottmes bloodldines.  She has competed and had her testing in Romania. She is a top quality versatile hunting dog that is sure to pass her excellent traits to Albus.  Check her out at the bottom of this page.

We believe European dogs overall are much calmer than typical GSPs you see in the US. They are incredibly smart and obedient dogs. I find this trait helps a lot in training for both hunting and obedience. We believe he will transfer these wonderful traits over to his puppies. ​ 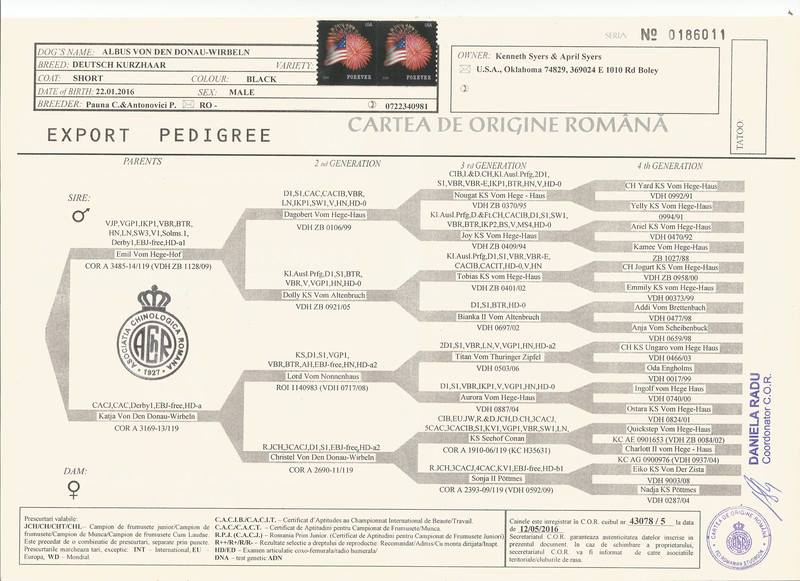 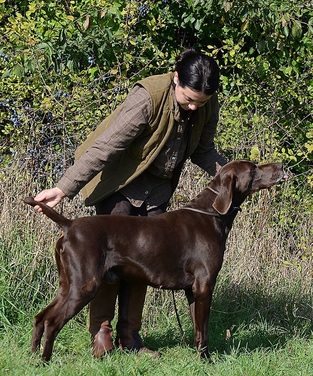 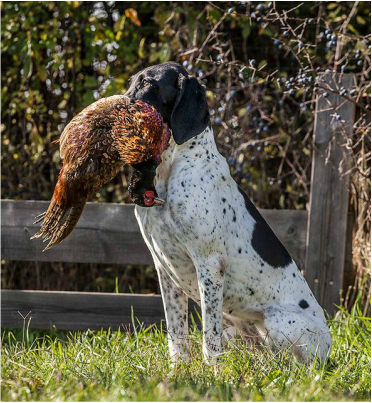